The gardens of Étretat, where man models nature (France) 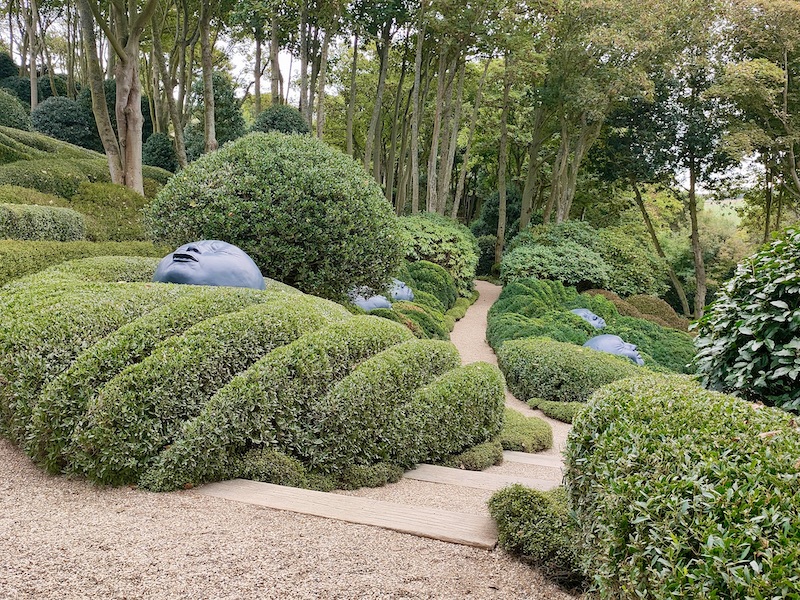 Creating a garden, building it, designing it, planting it, pruning it, is like writing a book. The plants are the words and the gardener is the writer. With the same words, ten authors will write different stories. With the same plants, ten gardeners will create unique spaces. There is nothing more interesting than playing with the same material to produce new expressions. Every creator is a modeler of raw material, and the simpler the material, the more sublime the realization can become.

In Étretat, this is precisely what fascinates most.

Starting with a handful of basic plants, some of them very “common”, the landscape designer Alexandre Grivko, has revealed the material by chiseling it, sculpting it, domesticating it until it becomes as malleable as clay in the hand of a potter.

A man of art for many years, passionate about landscape and horticulture, Alexandre Grivko has made a name for himself in the closed circles of rich owners who have entrusted him with the creation of their private gardens throughout the world. Today, he is one of the greatest landscape designers of the moment. Bold, inspired, rigorous, his mastery of plants certainly comes from an uncommon ability to understand spaces.

In 2016, in Étretat, on the Normandy coast, he decided to share his vision with the public, which until then had been reserved for a few privileged people, and created a garden in one of the most unlikely places.

The plot of land of the villa Roxelane that he acquired then with his partners, is in fact a challenge for a landscaper. Sloped and pointed, the land, which is at the very least ungrateful and wind-battered, is a flattened replica of the famous needle of the cliff facing it, the same one immortalized by the impressionists as well as by Arsène Lupin. This initial capital is a stimulating asset for the imagination but it also imposes its criteria. In other words, in such a place, it is difficult not to want to surpass oneself!

Alexandre Grivko may have had in mind the sentence of Arsène Lupin in “The hollow needle” by Maurice Leblanc:

Nevertheless, he made it his goal to adapt the facts to his hypothesis, not sparing on men, equipment and materials in order to complete his project in record time. To explain his choices, he readily refers to the gardener of Versailles, André Le Nôtre, who at the time used only a limited quantity of plants, duly pruned, in order to obtain remarkable visual effects. No doubt. But there is certainly also a Japanese inspiration in his art of chiseling and precision as well as a very particular perception of the curve, the declivity and the volume. And this is what makes him exceptional.

The space, previously a peaceful vacation home park, has been entirely rethought and planted as if a large vegetal fabric had been woven from several green threads so that it hugs the side of the cliff.

And then, the creator sublimated the material to create spirals, bumps and hollows, sheep-like shapes, gradations, shells and tentacles, arches and cubes. In short, he has played with the forms to the point where the earth is no longer visible and the garden has become a sculpture in itself.

This vegetal performance is out of the ordinary and certainly a new way of conceiving a landscape. By harmonizing the lines and shades of green of the persistent foliage, the precise pruning, the layout of the paths and the appearance of artworks completely immersed in the landscape, this place transports you into another dimension.

You have to let go and simply glide along the paths as if a wave is rolling a pebble along the shore. You have to forget gravity and imagine yourself bouncing between these green and cozy pads and all these unexpected meanders. You must melt into the work so that it lulls and enchants you. You have to allow yourself to have fun, to abolish all your references. Here, we are in a children’s book, a painting, a story or a tale.

Reality has changed its face and the garden has found another form of expression.

The raindrops of Samuel Salcedo – Barcelona

We knew that pruning is a way to magnify any plant and that the multiplication of pruned plants can give fabulous visual impressions. Here, Alexandre Grivko shows us that pruning can become pure poetry at the fingertips of a landscape gardener.