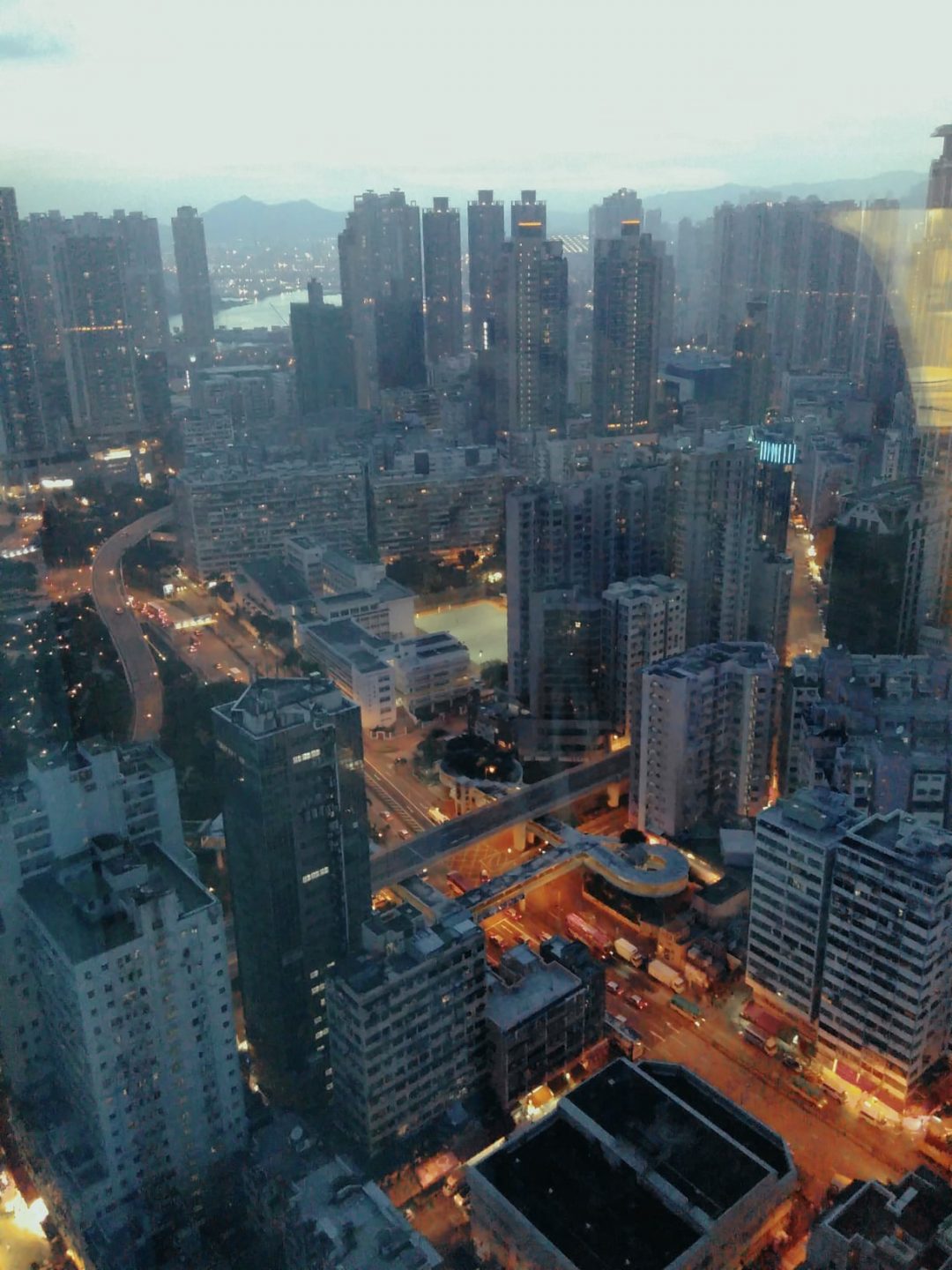 When a city develops as a port, I always think that it should be discovered by sea and so we arrived in Hong Kong by freighter. The vision of the waterfront bristling with multiform buildings, shimmering in the waters of the harbor, was breathtaking.

As soon as we set foot on land, the beautiful postcard blurred to reveal a disordered, dense, incoherent city that seemed to defy all the laws of urban planning. Shock. Nothing was where it was supposed to be in my European vision.

And yet, something indefinable was holding all this mess in place and providing a sense of harmony. That something I was not yet familiar with, but for which I would fall in love: the magic of Feng Shui.

In 1842 this canton became a British colony, a result of the terrible Opium Wars.  Hong Kong has always been deeply Chinese in soul, behavior and beliefs. The British, skeptical of local superstitions, were gradually persuaded to take some of them into consideration, particularly Feng Shui.

“Feng” means “wind” and “Shui” means “water”. All together Feng Shui is a very serious and respected science in China, meant to understand the favorable energy currents that influence the location and destiny of a building.

In order to survive and succeed, everyone, big or small, has built with the sole purpose of attracting the best energies for their personal success.

Of course, with such a precident, the laws of urbanism can leave and preach elsewhere!

At first, buildings respected the most elementary basic principles: to have the back leaning against Mount Taiping (for protection from the dragon’s breath that comes from the mountain) and the front facing the water (for wealth). But as the laws of commerce are implacable and competition quickly became harsh, aggressive and frenetic, it was necessary to move on to more subtle considerations.

Corporate headquarters realized the necessity to restructure their image on trend with the times and to align with Feng Shui principles.  The “race for height” began with the Jardine building becoming the tallest in 1972, then the Hopewell Center in 1980, then the Bank of China in 1990, then IFC, then…

Each building addressed Feng Shui by incorporating unique architectural inventions to attract fortune and repel the forces of evil: The porthole windows of the “Jardine” represent the coin as much as the sun for wealth, the open atriums of HSBC circulate positive energies and its angled escalators chase away the demons, the roofs of the IFC represent crowns, symbols of the elite.

Feng Shui masters were consulted to rectify existing buildings that had negative energy.

The most iconic example is the pool added to the roof of the Hopewell Center so that the energy of the water would offset the cylindrical shape reminiscent of a burning candle (or cigarette) and thus making the building go up in smoke (symbolically).

But the most fascinating thing is the real Feng Shui war that was played and is still played between the interaction of each construction.

This “war” has always been the dynamic and this is the reason why Hong Kong seems chaotic, but it peaked with the construction of the Bank of China. It is said (and written) that I.M.Pei, its architect, did not take into account the sacrosanct laws of Feng Shui. True or not, this building was so controversial, a total upheaval in the city, as its exterior lines sent harmful energies to the surrounding buildings.

Pei had wanted to symbolize, through a geometry of interlocking triangles, the growth of bamboo, but everyone saw in them protruding angles seeming to throw arrows or poisoned knives at its neighbors. Perfidious!

It is believed that the bad Feng Shui sent by the Bank of China was directed towards the British governor’s residence “like a knife ready to slice a piece of cake”. And, in fact, after its construction, the governors did not stay in place very long; one died, one was fired and the last one, a Chinese national, refused to live there at all.

The HSBC building, very close to the Bank of China, reacted very quickly to these “architectural attacks” after having seen its shares fall and had cannons placed on its roof, in the direction of its colleague. Charming!

The Cheung Kong Centre, which was built between these two banks, had to be very clever to escape these negative winds, caught on both sides between the knives and the guns.

It had a very sober square building, with soft angles, and reflective windows so that the energy swirled around without disturbing its own balance.

These mysterious invisible energies can be felt, even by the profane, in all the streets of Hong Kong. With each new construction, one must continually readjust to the possible changes that could arise, and so, the city has developed its own “remedies”. There are fish ponds, fountains, small temples, amulets, trees waving in the wind – are all means of destroying the evil winds and creating a more peaceful general atmosphere.

In this effervescent and competitive urban delirium, Feng Shui reigns supreme to preserve – also – our harmony.

This is Hong Kong! 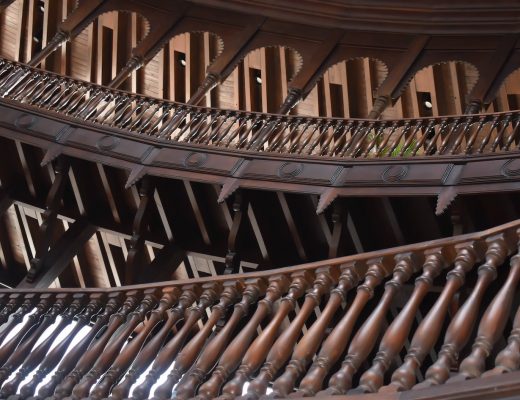 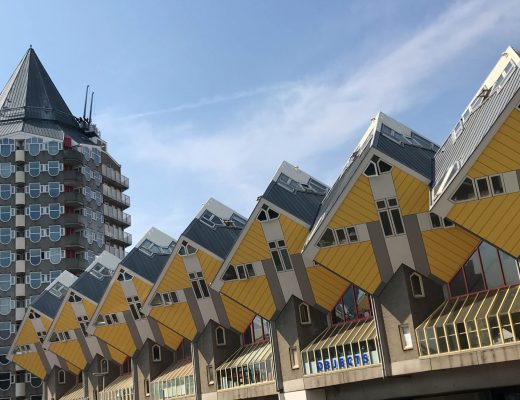 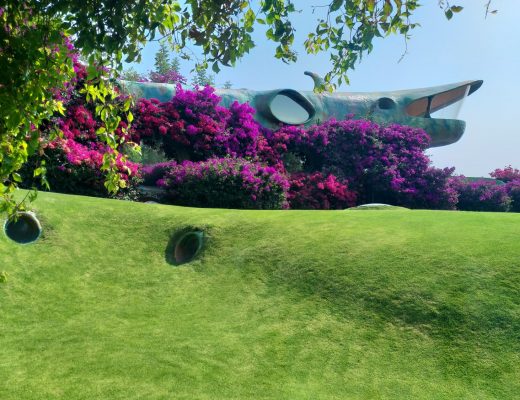