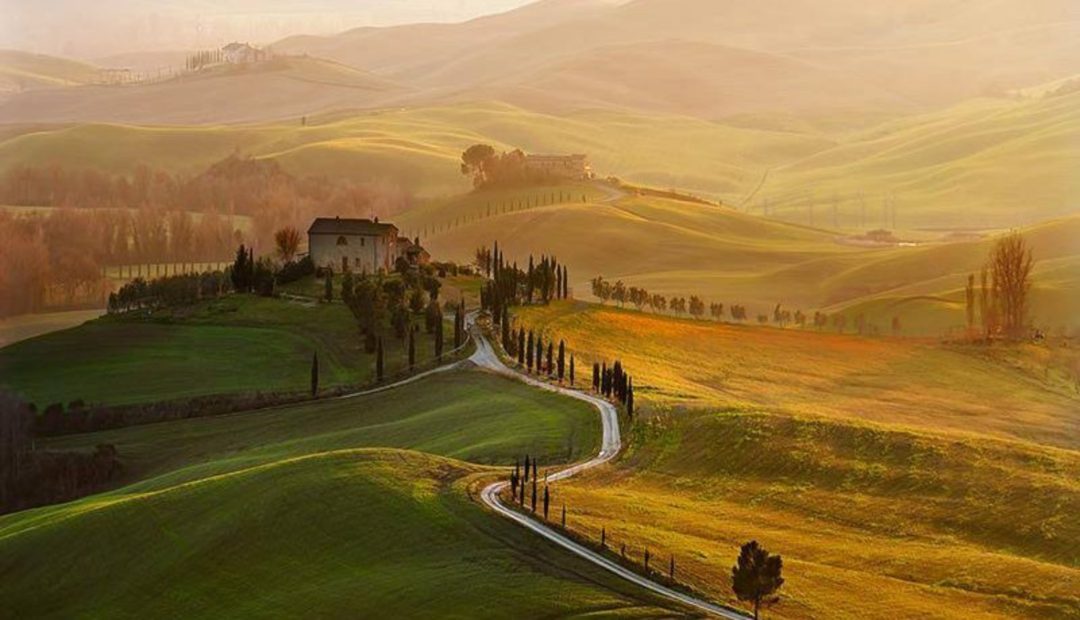 South of Florence and north of Siena there is a small jewel called the Val d’Orcia. Like a magnetthis wonderful and idyllic territory attracts visitors and has been painted, described and photographed numerous times since the travelers of the Grand Tour in the 18th century to the tourists of today. In fact, it embodies the dreamed and eternal Tuscany, made of gentle hills crowned by cypresses, medieval villages and abbeys, vineyards and olive groves, and wheat fields undulating under the sun.

Here, everything is only harmony and delight for the eye, without fault of taste, so much so that one wonders if this landscape is actually real.

How annoyed we are with such questioning!

Well, certainly, this territory exists in front of our eyes with all its real attributes, but to what extent is it “really” authentic, that is perhaps the real question. To suggest that this land is fake would be an exaggeration, yet it was thought out, willed and shaped from scratch by the men of the Renaissance, who thus created a kind of garden-landscape representing a place close to paradise, utopian as much as ideal, which finally succeeded in becoming natural by dint of artifice. Isn’t this a fabulous exercise in style? And how was it possible?

The story takes place in the 13th century. The Val d’Orcia already had undeniable natural predispositions and – we assure you – no one came to build hills or divert a river. It was (and still is) crossed by the Via Francigena, a very important trade and pilgrimage route between Northern Europe and Rome, and it belonged to the territory of the city of Siena.

Italy then had a number of dominant cities, autonomous from the central power and often in rivalry with each other. Siena was one of the richest, thanks to its trade and its bankers, and, consequently, one of the most important financial powers of Europe. Its political stability was ensured by the Government of the Nine, which maintained its pre-eminence until the Plague struck the city in the mid-14th century.

At that time, economic wealth often went hand in hand with cultural blossoming, and Siena had a school of painters of great renown. These painters, who were part of the “Italian primitives” and who were appreciated quite late in Europe, included Ambroglio Lorenzetti, from whom the Government of the Nine placed an exceptional order: a huge fresco intended to occupy the public palace representing an “Allegory of good and bad government”.

The painter depicted a true political treatise that was an allegory of peace and war. He illustrated the city (of Siena) and the surrounding countryside and divided the panels in such a way that the effects of good government (on one side) and bad government (on the other) were sufficiently eloquent to be recognized. The unkempt, unproductive countryside, populated by wretches and peasants, was radically opposed to the radiant, clean and prosperous countryside, home to livestock and farmers with fields arranged in order and harmony.

And it is precisely in this transcription of the dreamed countryside that the rich Sienese merchants invested their fortune in order to develop agriculture in the Val d’Orcia, as a jewel case for the city. They helped settle the land and built villas, towns and churches, reinforcing the ideals that the Renaissance put forward.

This utopia was achieved by providing an example of a domesticated countryside, a certain “sense of nature” policed and not wild, a landscape meticulously created to illustrate good governance.

This forced intentional? construction of an ideal agricultural space is quite exceptional.  What is equally outstanding is the ability of this landscape to endure over time and to pass through the vicissitudes of successive centuries, even managing to be bypassed by the highway.

There have been less prosperous periods, but in good times and bad, the Val d’Orcia has resisted, has not allowed itself to be destroyed, and has even continued to enhance its special heritage. The classification of the Val d’Orcia on the Unesco Heritage List in 2004 completed the protection of the area, making the inhabitants aware of the richness of their environment. Today, they excel in the conservation and valorization of their assets.

When you meander along the roads of the Val d’Orcia, you are fascinated by the ability of this nature place? to capture the light, just as a diva knows how to catch the eye of the photographer. Both may be a bit artificial and stylized, but is this really a problem? Sharing beauty is an act of public health, an opening to the heart, a balm against melancholy as well as an infinite source of inspiration. It doesn’t matter what the cost is, because even a diamond needs to be polished!

Text and fotos ((9,10,12) by Claudia. The others were taken from Internet. If you find a foto witch is your’s without your name, please tell us. 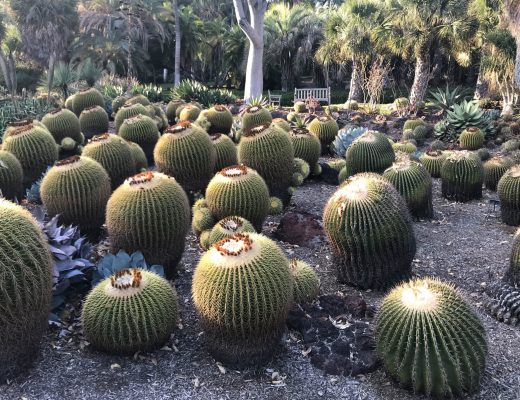 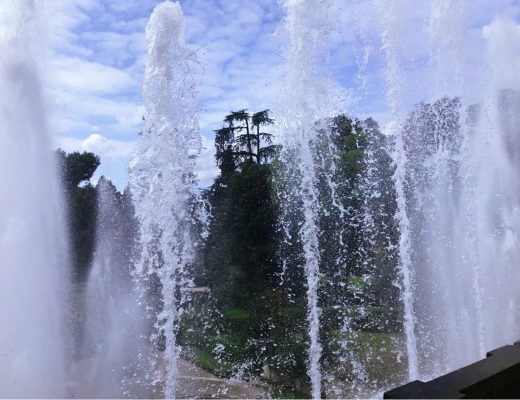